git.sainnhe.dev is hosted on Raspberry Pi 4B, it may not be available at all times. There is also a read-only mirror hosted on GitHub which can be considered as an alternative source: https://github.com/sainnhe/icursive-nerd-font.

You may have seen some fonts with cursive italic styles, for example Operator Mono and Dank Mono.

But do you know you can patch your favorite fonts with cursive italics from these fonts? Like this: 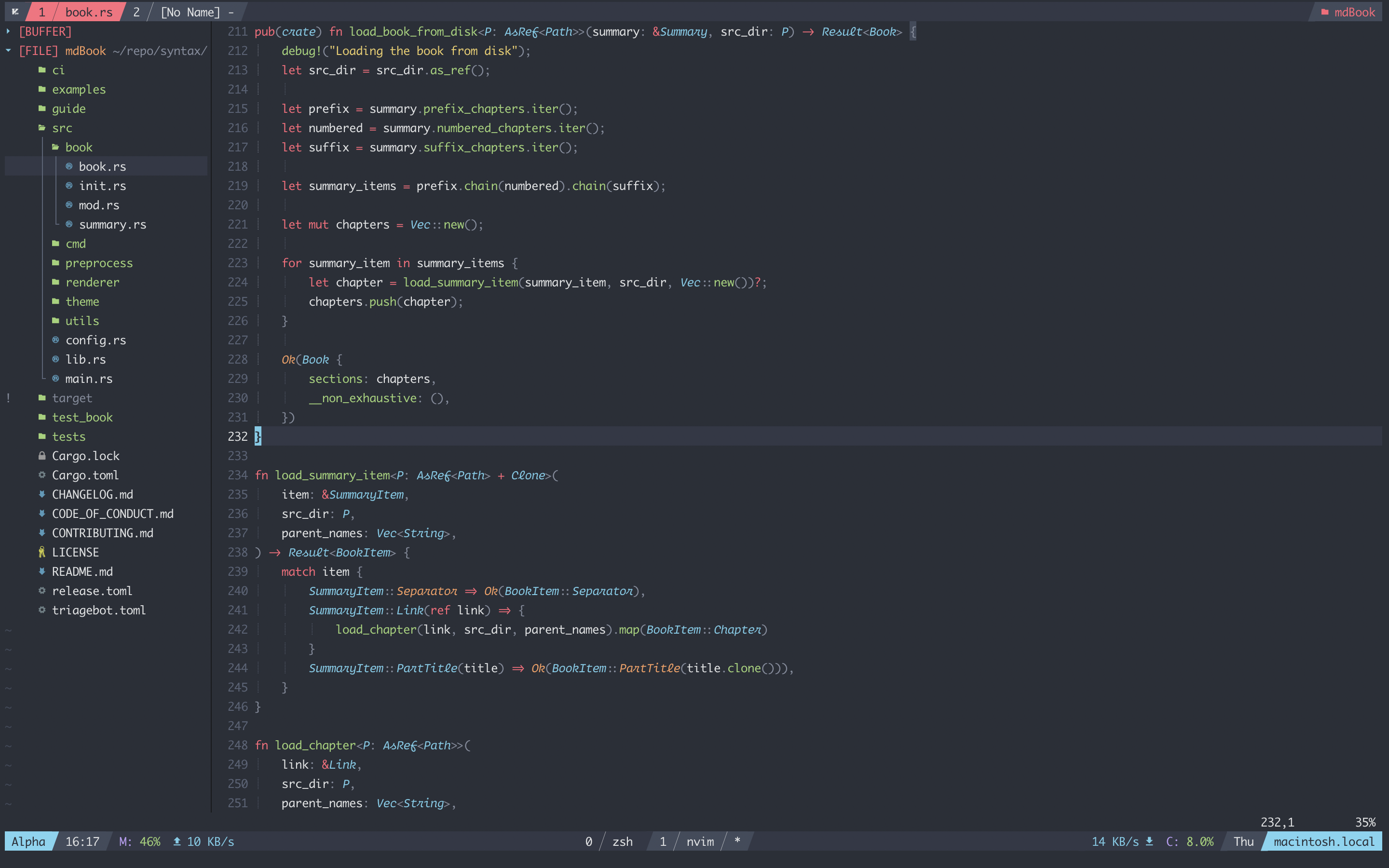 This font uses the regular variant of Monaco and the italic variant of MonoLisa, also patched with nerd font icons and ligatures.

In this post, I’m going to briefly explain how to do this.

In this post, I assume that you are using a Linux operating system and have basic knowledge of command line.

First of all, you need to clone the repository:

This repository contains my modified version of Nerd Font Patcher and Ligaturizer, we will use them to patch our fonts later.

To use these two utilities, you need to have Python and FontForge installed.

In the following steps, we’ll also use a command fc-scan to analyze fonts, this tool is available in https://gitlab.freedesktop.org/fontconfig/fontconfig, you can use your package manager to install it, generally the package name is fontconfig.

In this post, we’ll give an example of patching the regular variants of Fira Code and italic variants of Operator Mono to a new font named “Fisa Code”, make sure you have the font files of these two fonts.

To combine these two fonts, all we need to do is simply rename them to the same font family name.

To start with, let’s use fc-scan to check their current font family:

Notice the lines started with family:, we are going to modify them to the same value “Fisa Code”.

cd to /path/to/icursive-nerd-font/nf and execute the following commands:

Ok, they didn’t change. If you don’t pass any arguments to font-patcher.py, it won’t change the family name and full name.

Great! Both of them have the same family name Fisa Code.

Since Fira Code already has nice support for ligatures, we only need to patch the italic variants of Operator Mono.

cd to /path/to/icursive-nerd-font/liga and execute the following command:

We’ll get a file OperatorMono-BookItalic.ttf, let’s check the font family of it:

Nice! So we have OperatorMono-BookItalic.ttf in /liga directory and Fisa Code Regular.ttf in /nf directory, these are our target fonts.

Copy these two files to a new directory and rename the files. Install them on your system and enjoy 🚀